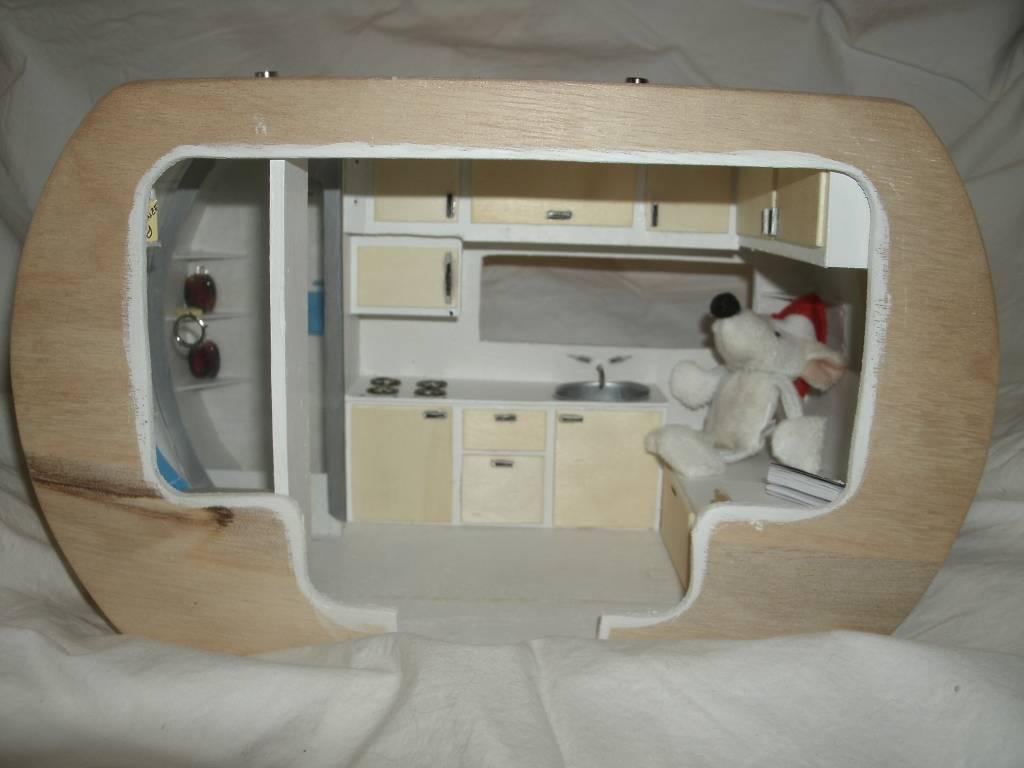 This is Sherman Arthur. He insists his name is Arthur, I insist it is Sherman (that's what I heard when I got him for Christmas). He argues with me. I told him I would compromise and his name will be Sherman Arthur. He still gets grumpy about it occasionally. He was a pen topper and screamed to get off the pen. I got him off the pen and gave him some stuffing. Then he started whining he wanted a home -his OWN home. Hence, this camper home.

He is checking out the 'slow' progress here. Insisted on spending the night in there even though it is far from livable, yet. I won't be making bedding for awhile.