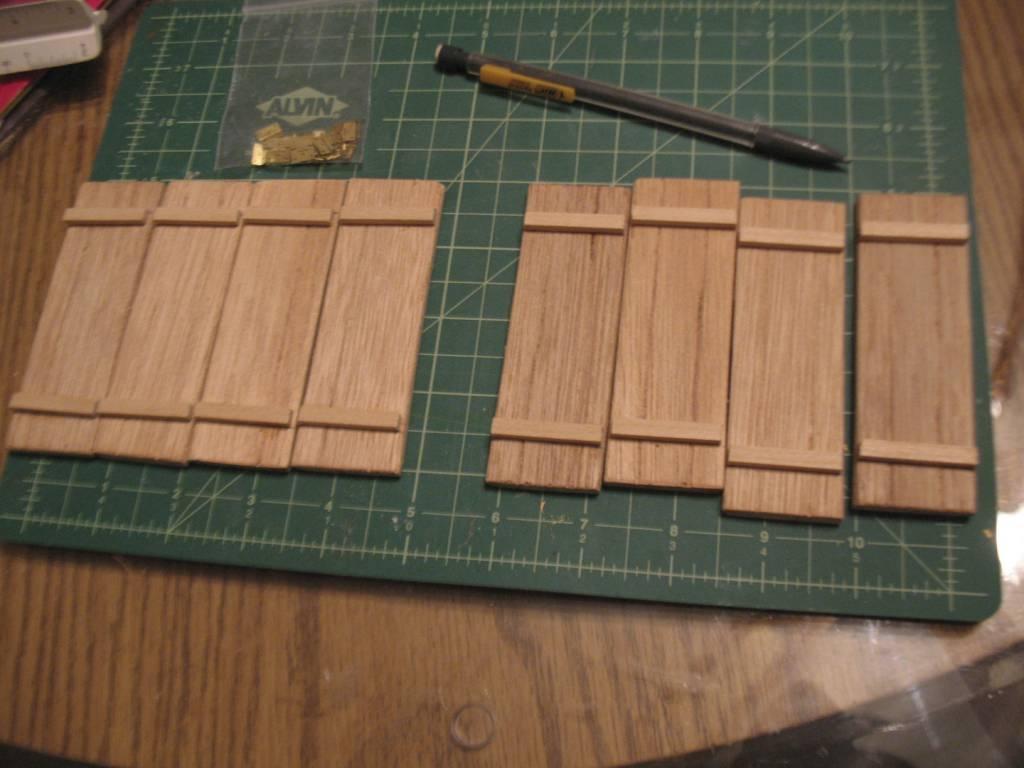 35 years ago, I got a dollhouse for Christmas from my parents:

and immediately decided that there were some things about it that I didn't like, such as the shutters. So they were never used... and a couple of years ago, my mother mentioned that she still had not only the house (which I had thought was lost) but also all the supplies that came with it, still in the original box!

There were the shutters, still attached to the sheet of plywood they had been cut from. I had no use for most of the extra pieces at that time, but they'd made it 30+ years, I sure wasn't throwing anything out now. And any time I need a little bit of wood, I dip into that reservoir to see if there's a piece that wants a new life. So when this project came along, I counted up and measured those old shutters, and sized the front windows on the shop so I could at last give them a good home.

The shutters are jazzed up with vertical routing (to simulate multiple boards as rustic shutters usually have) and cross-bracing.