Etsy issued me a full refund on the shadowcliff dollhouse today. So I have my money back.  Thank you everyone for your emotional support. It was appreciated. I will be more careful in future about che 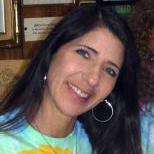 The prices on dollhouses on eBay have really jumped. Things that are normally close to $100 are now $300+. Maybe the housing bubble will break soon.