Can I cut my dollhouse in half? (It's huge!)

Well - wanna know what I did with my dollhouse? Couldnt find a home for it, so for fun my hubby wanted to blow it up with a quarter stick of dynomite. I didnt share because of all the drama it 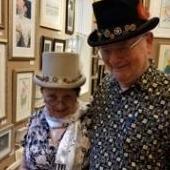 That's precisely the attitude that makes me wish those unloved, unwanted houses would get donated; there are a lot of homeless shelters and other places with children who have nothing, who could

Can I cut (saw) my dollhouse in half? It's huge. It's from when I was a kid, but it's hard to move around. It's probably about 2 feet wide, and I want to make it more narrow