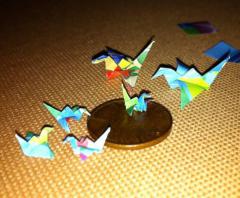 The lake is a regional park about a 15 minute drive from our home, so we pack up the pups and go there. Probably one of the cheapest, best investments (in ourselves) that we've made

I'm more concerned about the safety of being alone actually. This field is a little separated from the school, so there's not really an area that overlooks it. But, I was think