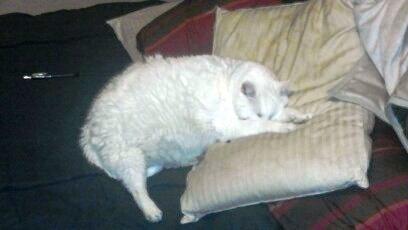 Here is my 33 pound helper staying out of the way while I work.