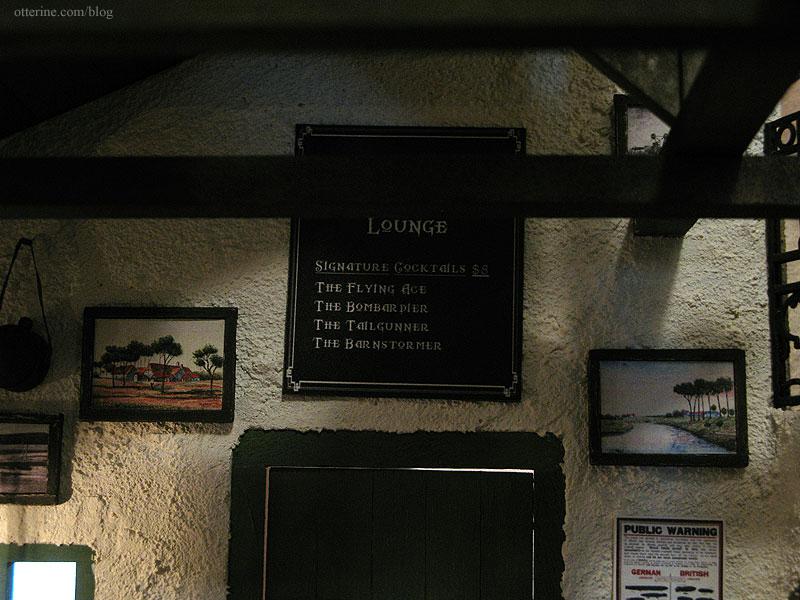 One of the drawbacks of working on a project in secret is that others can't pipe in and say, "I have just the thing for your mini scene!" Now that The Aero Squadron Lounge has been revealed, a friend and fellow miniaturist was able to do just that.

Elga inherited two small paintings from a collection belonging to her late Mother-in-Law and offered to send me scans so that I might add these little paintings to the Lounge. I was overjoyed at the thought, and I fell in love with them when I saw them.

The watercolor paintings measure 10" x 7" and are signed by F. E. Glazier. One is titled St. Gent, JE and dated April 24, 1916. The inscription on the back reads, "D. Companies first billet in France"

The other is titled La Bizet and dated May 12, 1916. The inscription on the back reads, "Le Bizet canal at back of Le Bizet Trench"

I've printed the scans in miniature and made matchstick frames for them. Even in miniature, they look like real paintings. I moved some things around to make room for them in the Lounge. Adds a bit of authenticity, don't you think?

More on the mystery of these painting and the little we've discovered here.