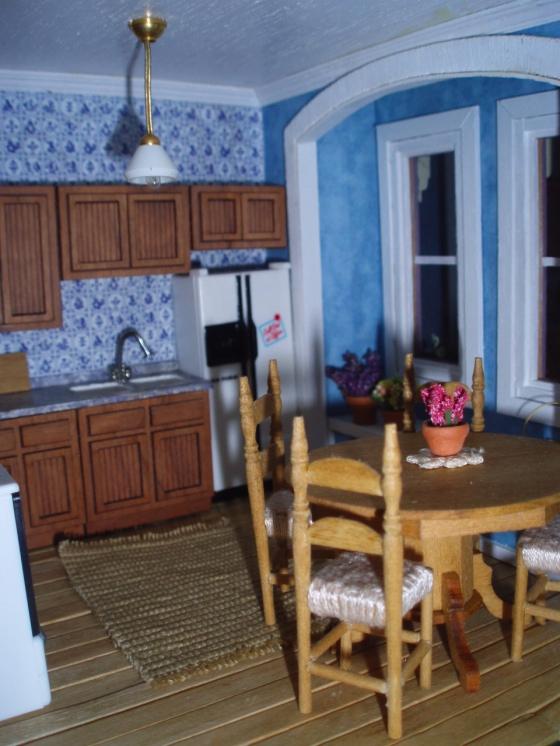 One of the reasons I decided to build the Fairfield in the first place was that I'd received a set of Avon kitchen furniture (roughly half scale) and I wanted somewhere to display it. Funny thing, I didn't end up using it at all in the end! But I always wanted a round table in the kitchen and now that the decorating's almost done, I finally have one!

This table was built from a Cassidy Creations kit. It was pretty easy to build and I think it turned out nice. I scratch built the chairs.