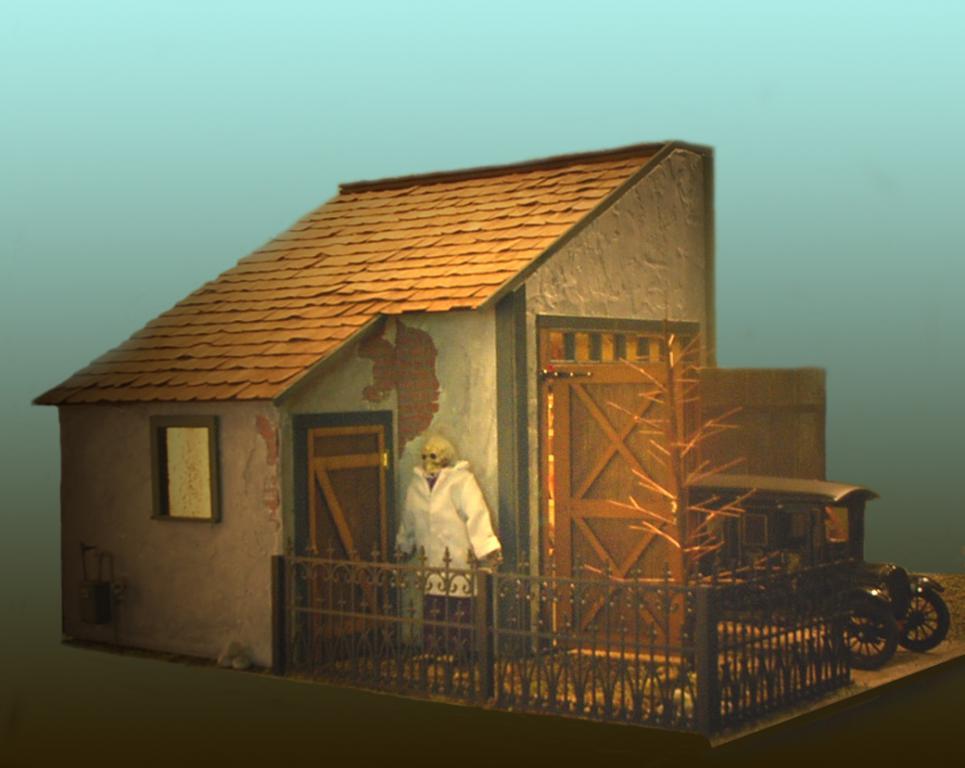 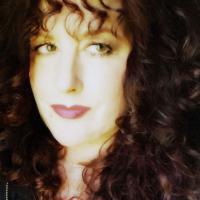 Mr. Toten is a Mortician by day, and an Alchemist by night.

He and his wife fancy themselves as a modern day John Dee and Edward Kelly but, I think the truth is, they are far from being that accomplished. Mrs. Toten is the "Seesayer" & Channeler, and spends much of her time connecting with the other side.

Quite sadly, during one of Mr. Totens re-animation experiments, it backfired on he and his family. They would be long past dead however, their old bones are still animated and live on conducting their operations, as well as Mr. Totens obsession with re-animating the dead. Yes it's a bit Frankenstein-esque but, I believe that is why he became a mortician in the 1st place.

On the left is Mr. Totens Garage where he salvages body parts, and hauls them upstairs in the garage's loft to attempt at giving them a new life. It is not known if Mrs. Toten is aware of his hobby but, the neighbors have noticed the strange smells for ages.

They have quite an issue with rodents since Ghost (their beloved cat) incarnated into energy, and is no longer very effective at mousing. It seems the mice have overthrown the house, but still, the family attempts full rodent emancipation by poison's or by trap.

Well, it once was a fine home now a bit run down. I suppose it works for them. No one dare come within 100 yards of the house.

All the better to cut them up