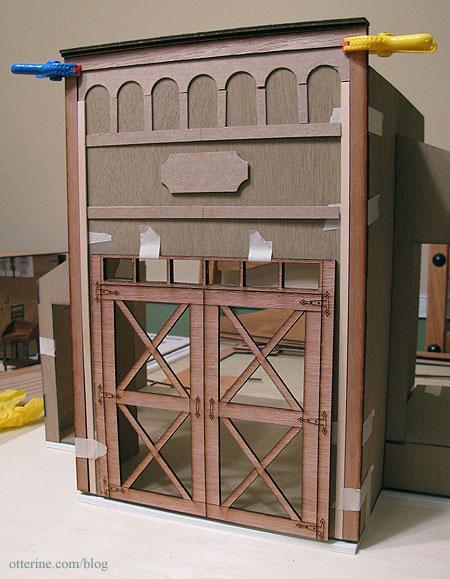 The doors and windows provided with the original kit offered some nice details but I wanted to go a step further. I found an image of a fraternity house in the ghost town of Elkhorn, Montana that had some very nice lines on the front. I used cardboard and a large circle punch to create similar arches and cut stripwood to complement the design. I used the punch to create the sign, too. Once I had the layout I wanted, I used the cardboard pieces as patterns to cut pieces from bass wood.