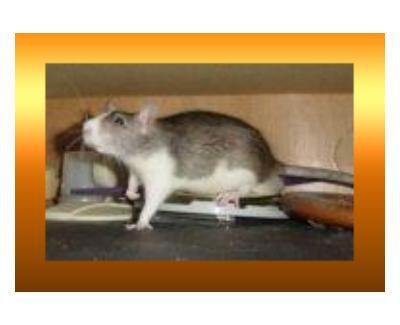 Splinter is a male rat . If you want a awesome, great pet for a older child , get a male rat (feeder rat) yeah we saved him from getting eatted by a snake. Splinter is so sweet , I never liked rats until my oldest came home with a female .then another . then another . We they got old n died n then came splinter . Male rats are so much more loveable. he loves to cuddle in your arms and fall asleep.