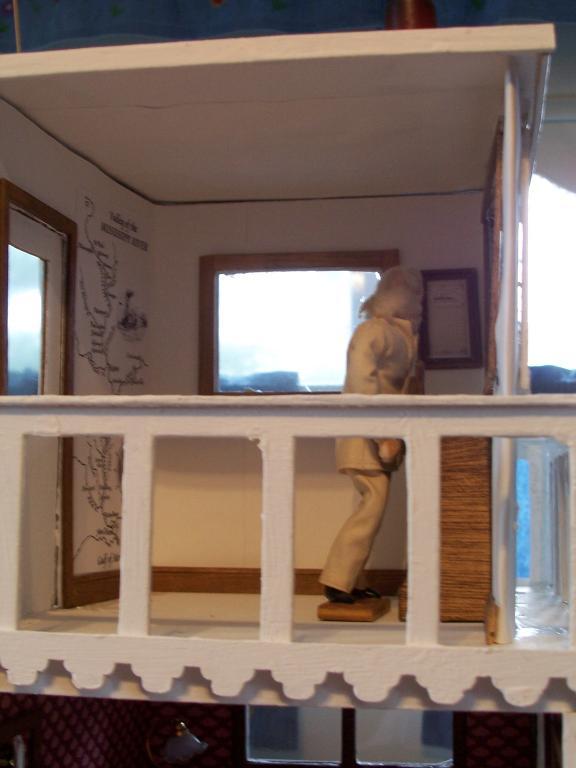 I added this room since all the steamships had a pilot's room higher than the other levels. On top of it are the chimneys and the American flag. I could only find a current flag so it has a few too many stars on it for the time period. The chimneys would normally be beside the pilots room on each side, but the ones I had were too short for this.

Samuel Clemens longed to be a steamboat pilot as a young man. He became one. His license is hanging in the frame on the wall beside the wheel. There is a map of the Mississippi with the route marked that the boat would travel. The pilot was the first Mark Twain doll I found. I didn't really like him, but was desparate at the time. His nails are painted red and his nose is half missing.