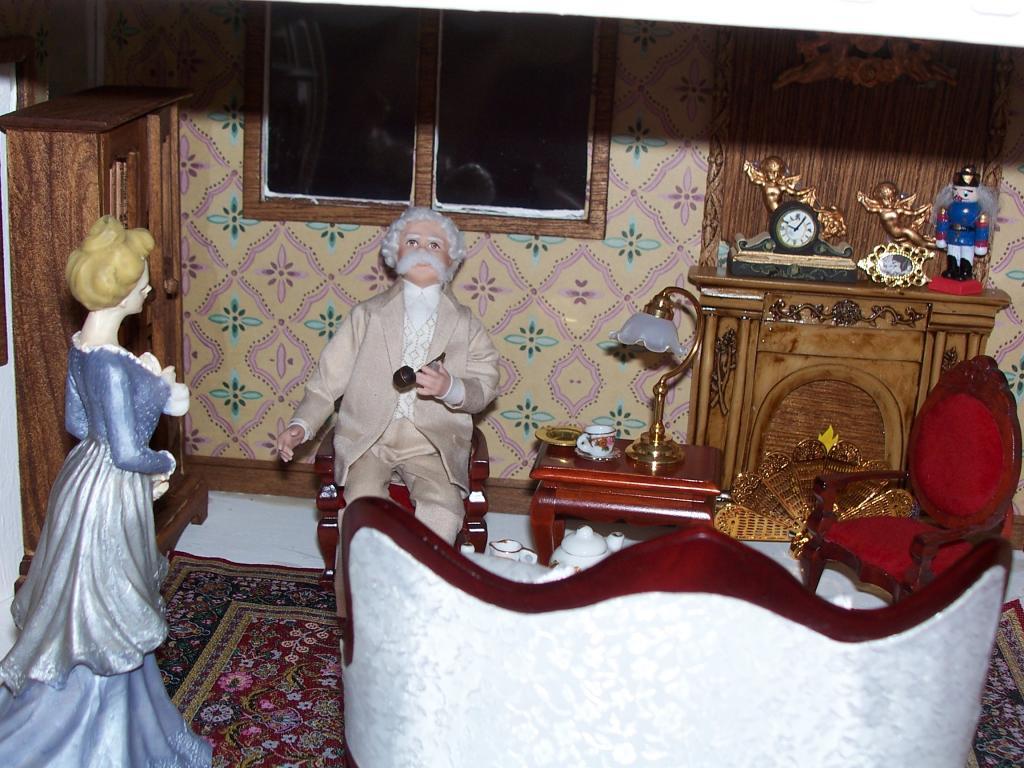 The story of the Clemens

Samuel Clemens was an inventor at heart. Unfortunately, he invested in some inventions that did not make it. At several points in his life, he would pack up his family and travel the world making speeches and earning back money to survive. His daughters were able to see the world with him. Unfortnately during one trip, his daughter, Susy stayed home and became sick. She died in the Hartford House and the family was never able to live in the house again because of the sadness of missing her and not being able to make it back to be with her in her final days or for her funeral. Samuel Clemens out lived three of his four children and his wife. His son died before the age of two. I pictured him later in his life traveling with Clara, his surviving daughter.

The library was also where the girls would put on their plays. Susy would write the plays and then the girls and others would perform them for their parents, neighbors, friends, etc. Susy also wrote a biography of her father at age 13.

Clara's only daughter died, so their are no direct descendents of Mark Twain.