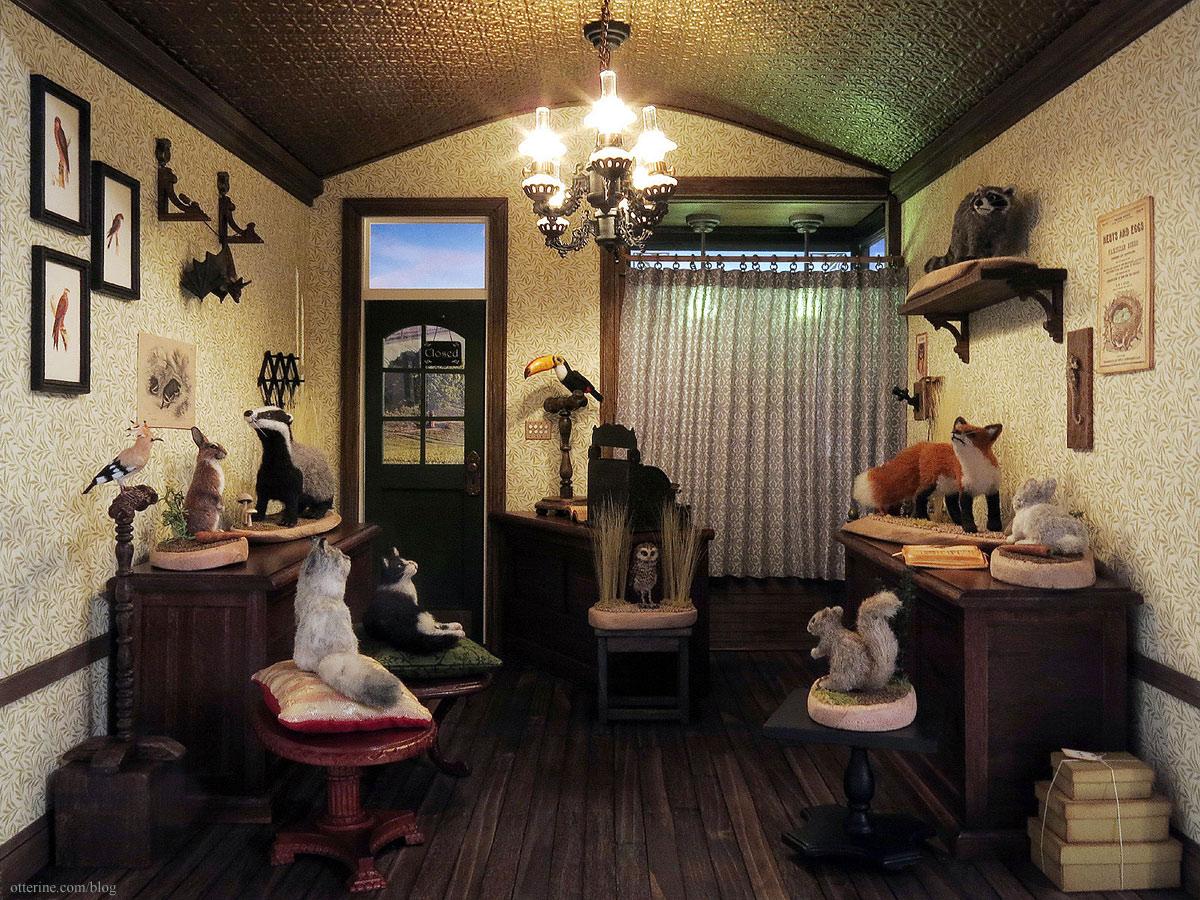 The barrel ceiling ended up being more of a gentle curve, but I still love it.  I used crown molding along the side walls as stops for a piece of mat board.  It's covered with textured scrapbook paper called Pressed Tiles - Brown, by The Paper Studio (purchased from Hobby Lobby).  Love this paper!  I painted it Liquitex Antique Bronze.

The three-light chandeliers were a test of wills.  These were made from Chrysolite Heritage Chandelier kits given to me by Debora.  I swapped out the included non-replaceable bulb lights for Cir-Kit Concepts candle sockets with varnished wires.  The required splicing of six wires into two bundles of three, ending in one exit wire each, inside the main cone is not an easy task and you get one shot at it because you cut the wires so short.  I had to scrap three sockets in one attempt.  :\  But, it all worked out in the end.

There are numerous animals on display.  Most are artisan pieces I've collected over the years.  I made tiny dioramas for them, though the animals are not glued in place.  No animals were harmed in the making of this build.  In fact, they all had great fun seeing who could stay still the longest.

I have a full recap post on the build here.