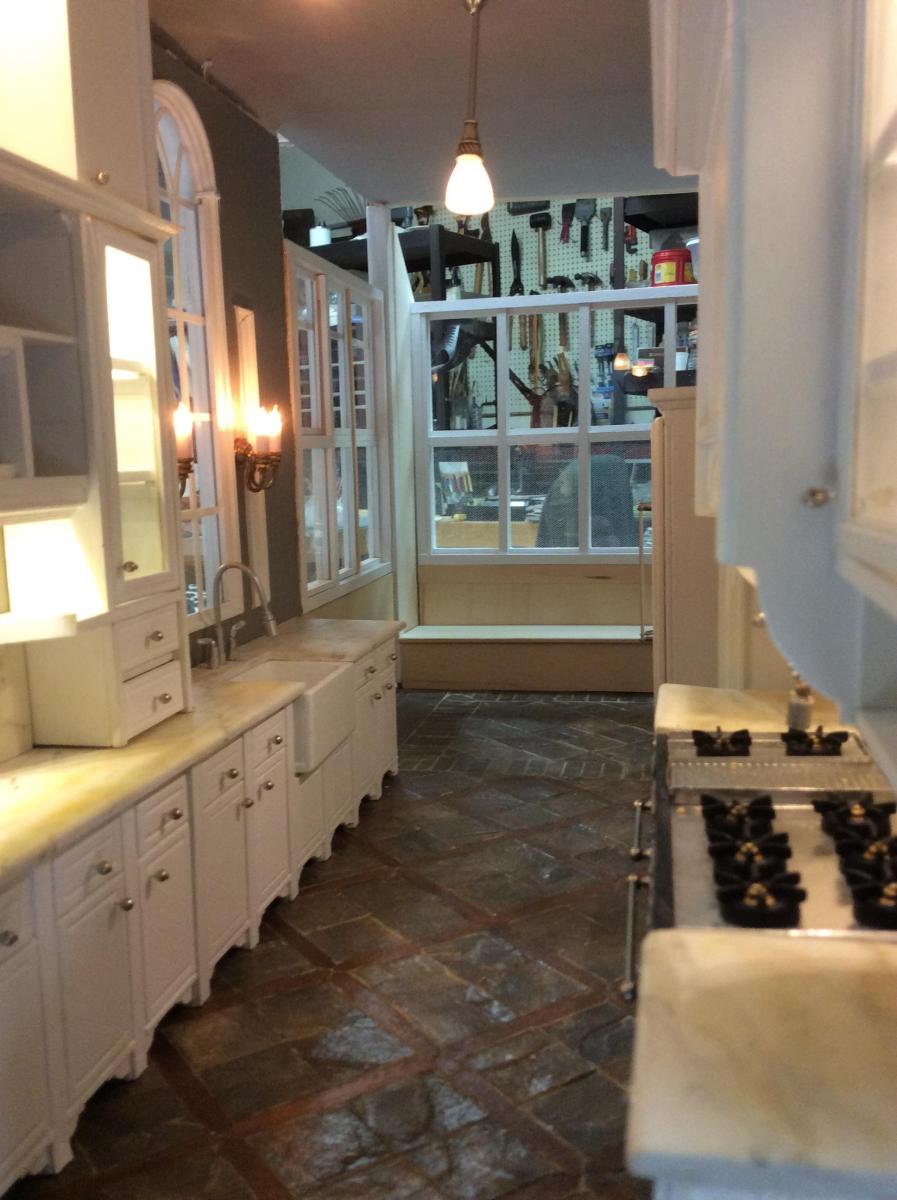 Went back into construction mode since my last post.  The breakfast room was giving me fits because it wasn't quite large enough.  Then I discovered they're called "bump outs!"  Enough space to add a window seat, too. There just aren't enough window seats in the world.  Also, finally added the wall between the breakfast room and front porch.  Would have been easier to do before I secured the ceiling to the porch pillars.

Still trying to catch on to how to enter more than a single photo to my album and be able to caption and describe each one.