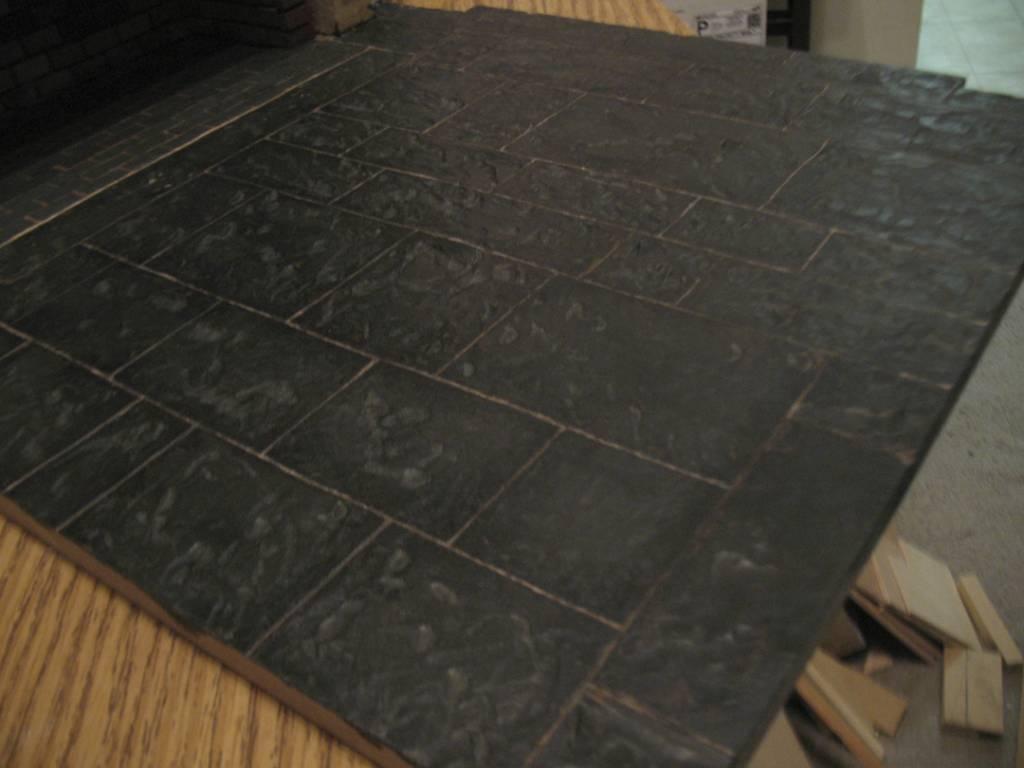 As described in this thread:

I've used real slate (gathered and cut myself) for mini roofs in the past, but not for floors. And I had neither the time nor the inclination to add real slate to this particular project, but I really wanted the look—in a room where there's a wood fire going and a lot of heat being generated by the sugaring process, for months running, a slate floor just makes good sense.

This faux-slate floor came out great, with no materials at all except paint   .

Note: The base of the 2014 HBS Contest kit is MDF, so it has no grain to contend with as plywood might.

1. I took a small power sander, dinged the heck out of it in a few different ways, smashed it with a hammer randomly, etc, 'til it had the surface texture of slate.

2. Then I painted it blacks and greys until it had the look of slate.

3. I laid out the "tile" shapes, and used a tiny router bit to make score marks delineating the edges of the slate floor "tiles"—in other words, I dug *down* through that dinged and painted surface. So the "grout" color is the original color of the base's wood.

4. Last, I gave it several coats of paste wax and buffed the dickens out of it between coats.

Not only does it look very similar to slate, after the wax it even feels a lot like slate flooring would. Simple, inexpensive, and results that surprised me. I had no idea if this would work when I started!