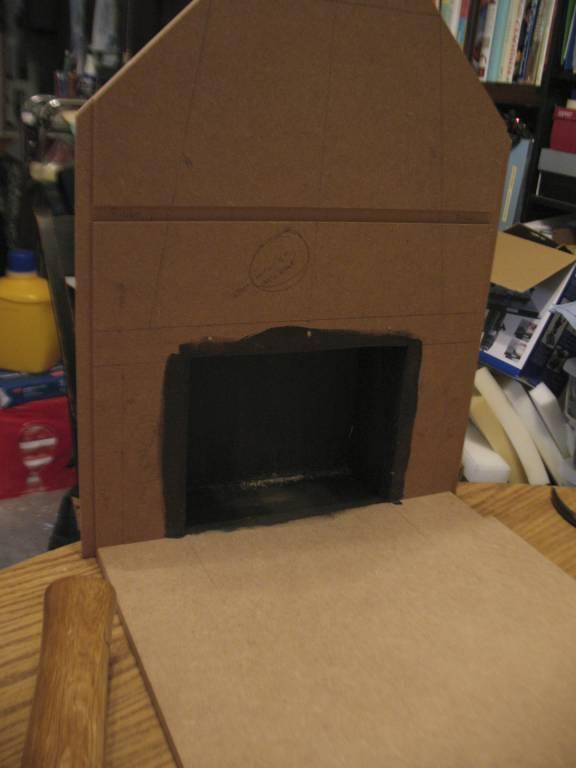 Once you've cut the first hole in a pristine new kit, there's no going back.

I had planned for one of those incredible-sized old fireplaces that you can nearly walk into—the kind with a big cauldron on a swing-out arm—imagining that this cabane might have been used for maple sugaring for many decades before the Aucoin family bought it, and so would have been kitted out the old-fashioned way when they "moved in"—rather than with a modern wood-fired stainless steel evaporator as maple syrup producers have now. So the bash began with that giant hole in the wall (in real life it would be 5 feet tall)... and a whole lot of tiny bricks.

Photo Information for The bash begins...