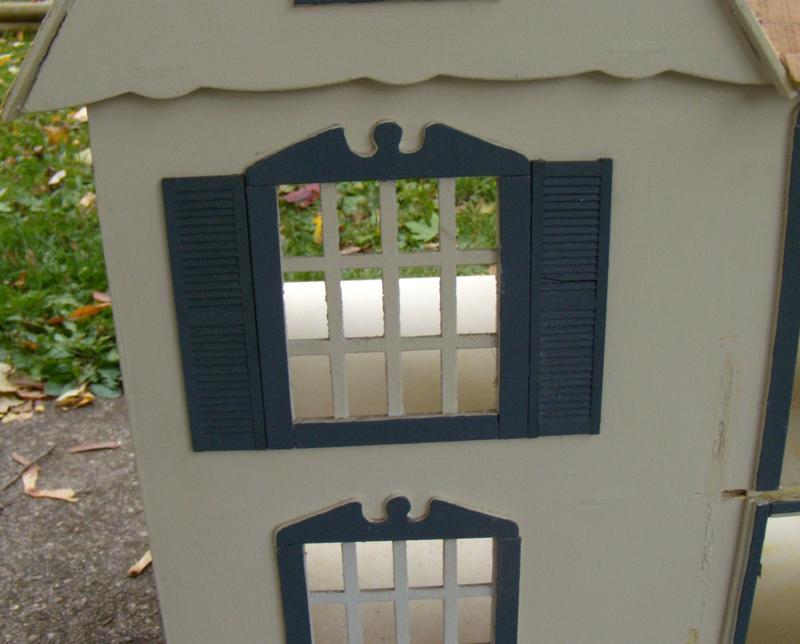 The previous owners only put shutters on the second floor windows, some of those shutters are broken/graffiti covered, and I was planning on making this house into a cobblestone (the shutters are in the way). I'll use the shutters for the garden later, but for now I just had to pry them off the side of the house.