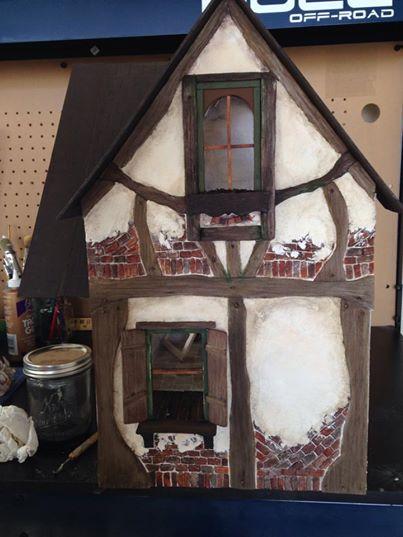 Ive been concentrating on this side, still working on it but I like the way the "timbers" turned out.

Photo Information for side of cottage