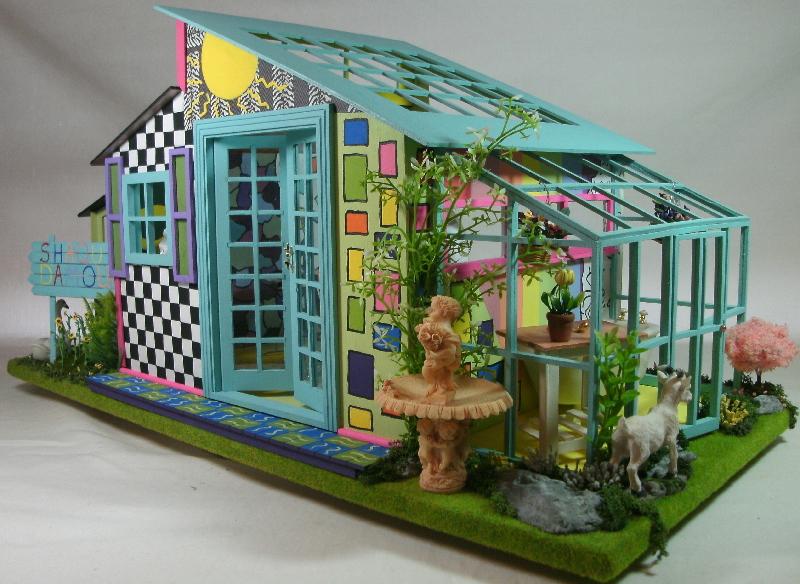 This is the Asahi Tea House kit (Spring Fling 2012) and is a perfect example for Dollhouse Rule #1---the house will be what the house will be. The first time I saw it, I immediately thought of the Love Shack from the B-52s' video. After that, I could never see it any other way and that's what it became.

I started building this house for the Spring Fling 2012 and was almost finished when illness prevented me from doing much of anything and it sat on a shelf in the studio patiently waiting for me to return. Almost three years later it's finally finished and I feel triumphant in its completion. It's certainly bright and cheerful and fun!

The odd thing is that I was never a fan of the B-52s and didn't especially care for the song, but after watching the video thousands of times to get all the details correct, it's sorta grown on me. It's not a re-creation of the house in the video....it's more of a representation....but you'll see most of the iconic scenes that anyone of the MTV generation will remember. https://www.youtube.com/watch?v=9SOryJvTAGs 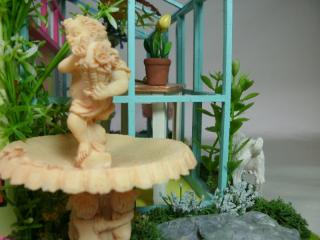 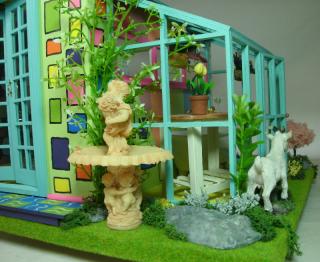 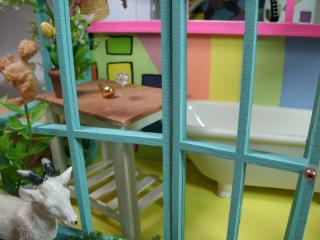 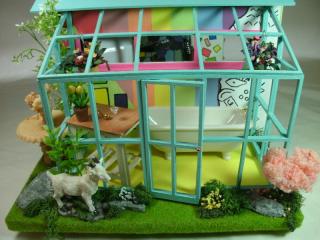 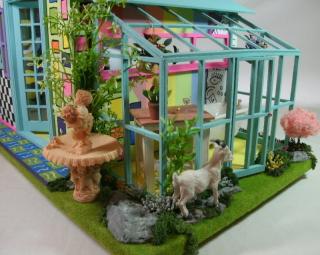 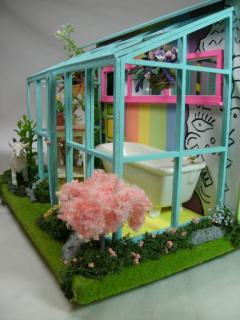 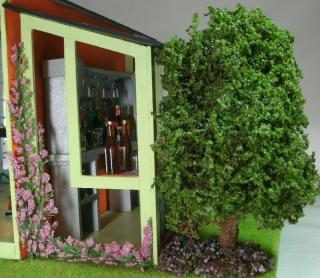 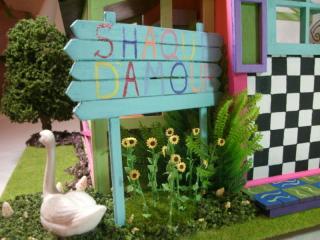 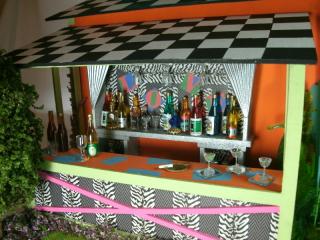 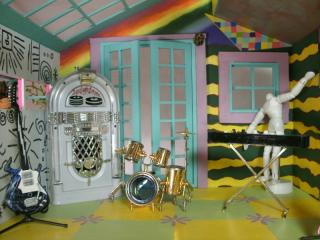 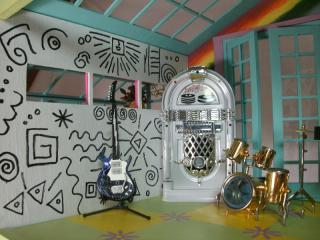 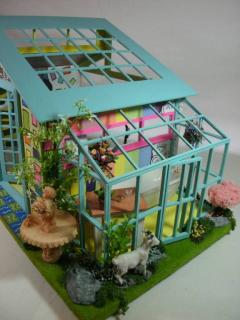 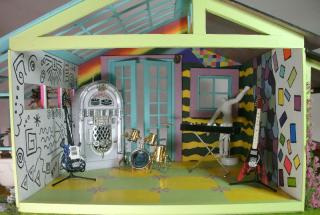 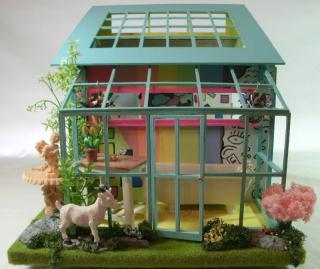 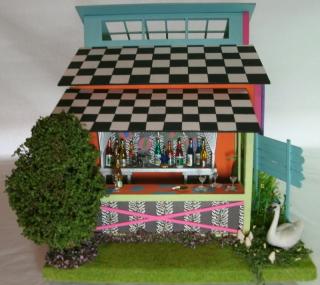 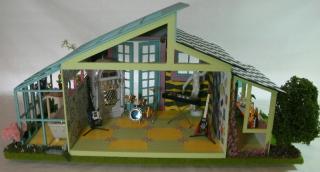 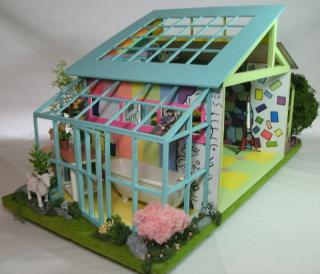 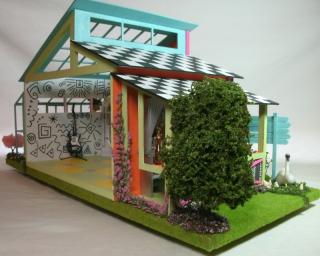 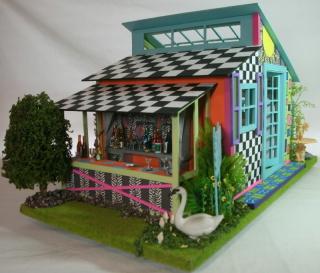 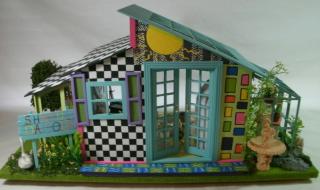 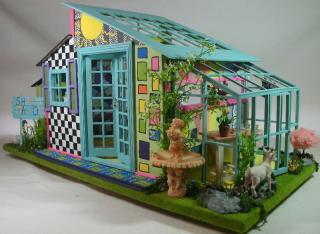 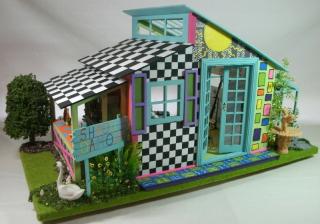