, but I did figure out what to do about the window blinds. I decided to make the same blind design for all the windows, and after some thought about cloth versus paper, settled on a cardstock base with scrapbook paper on either side. I had some Korean rice paper that I had gotten at an art store a few years ago, and it was a good weight to use as an edging (scored down the middle so it would fold over the edge). Used http://caseymini's tassel tutorial. Used fancy toothpicks to roll up on, but you won't be able to see those anyway once the draperies are installed. 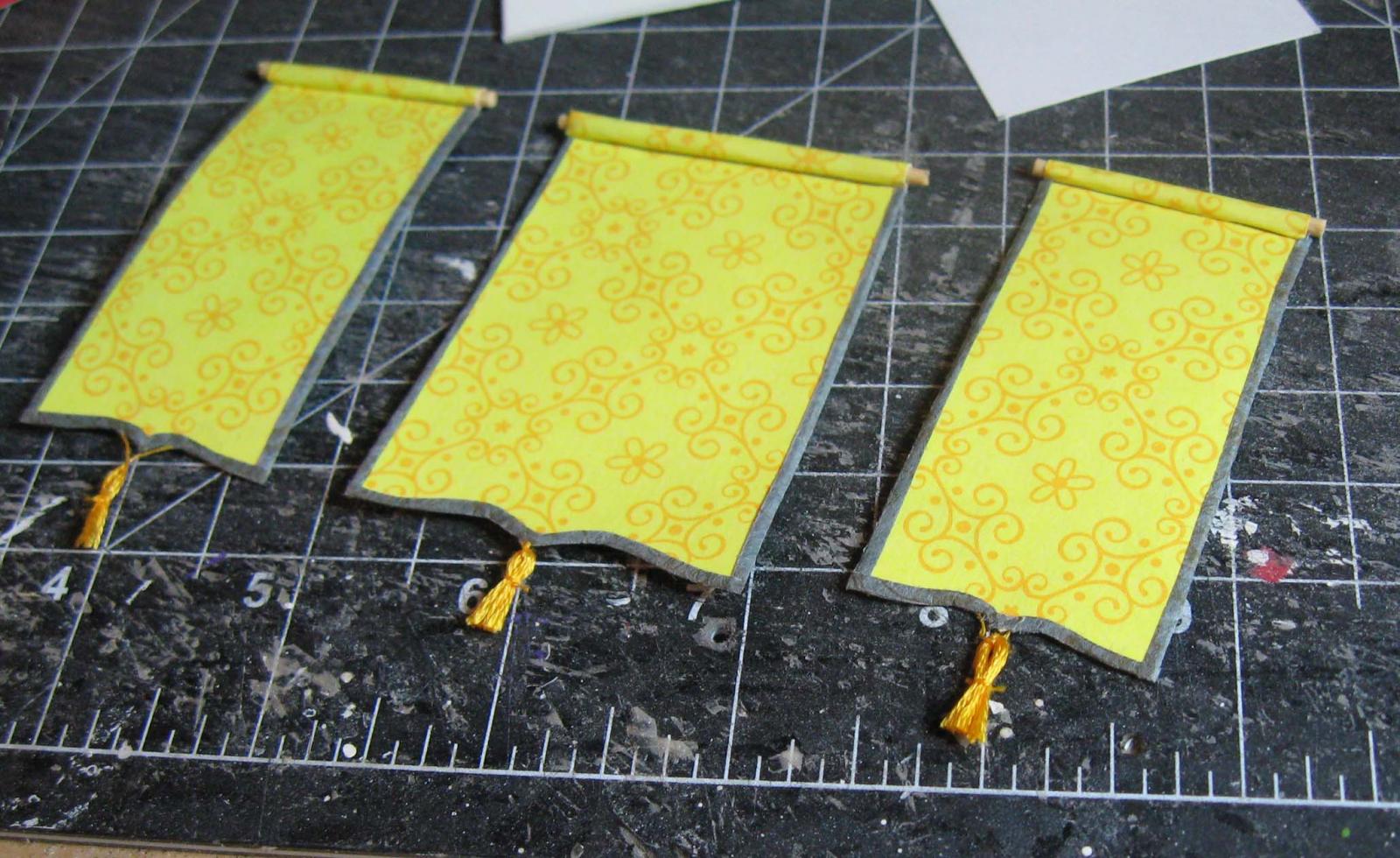 After much fussing (and an entire lining of yellow stripe in the back; no skimping

), I like how the draperies turned out; I don't know if you can see them but there are tiny buttons sewn onto the tiebacks: 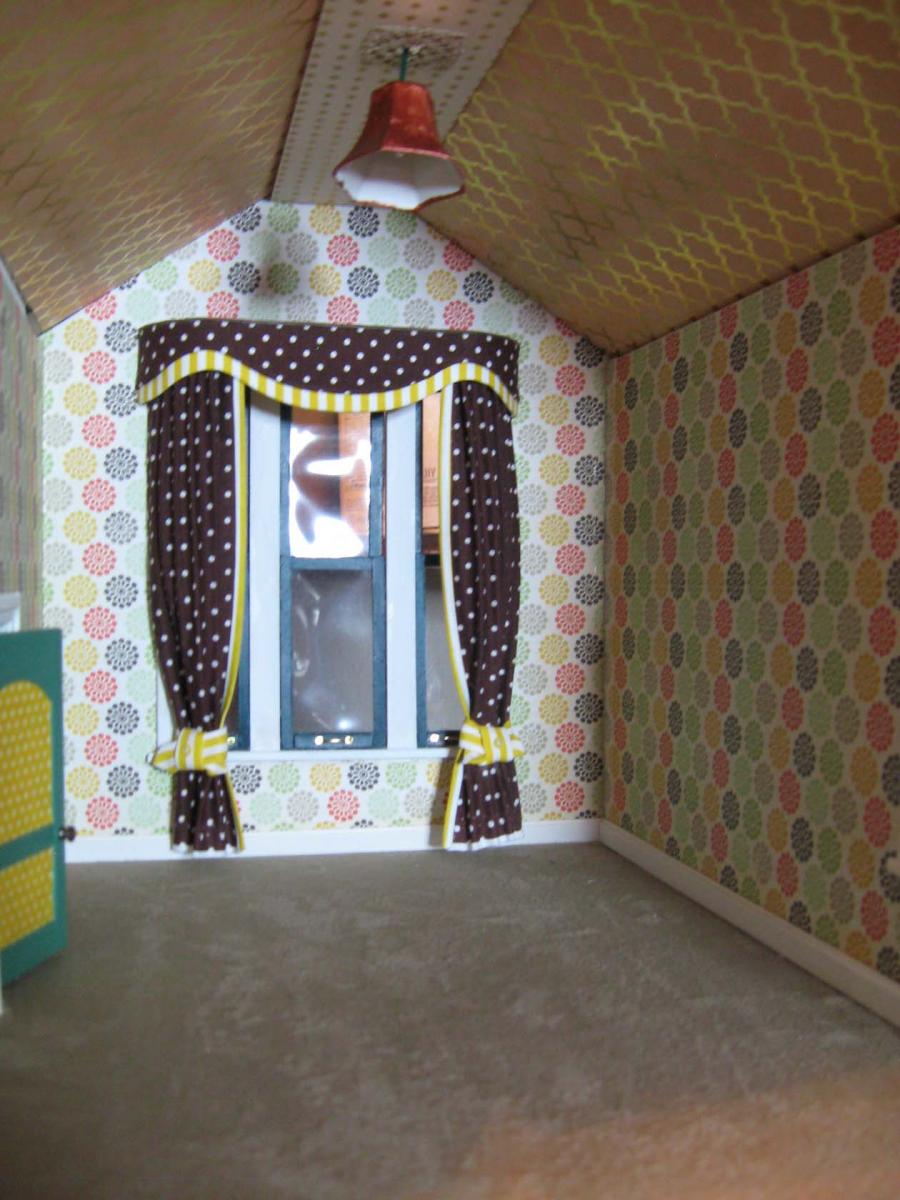 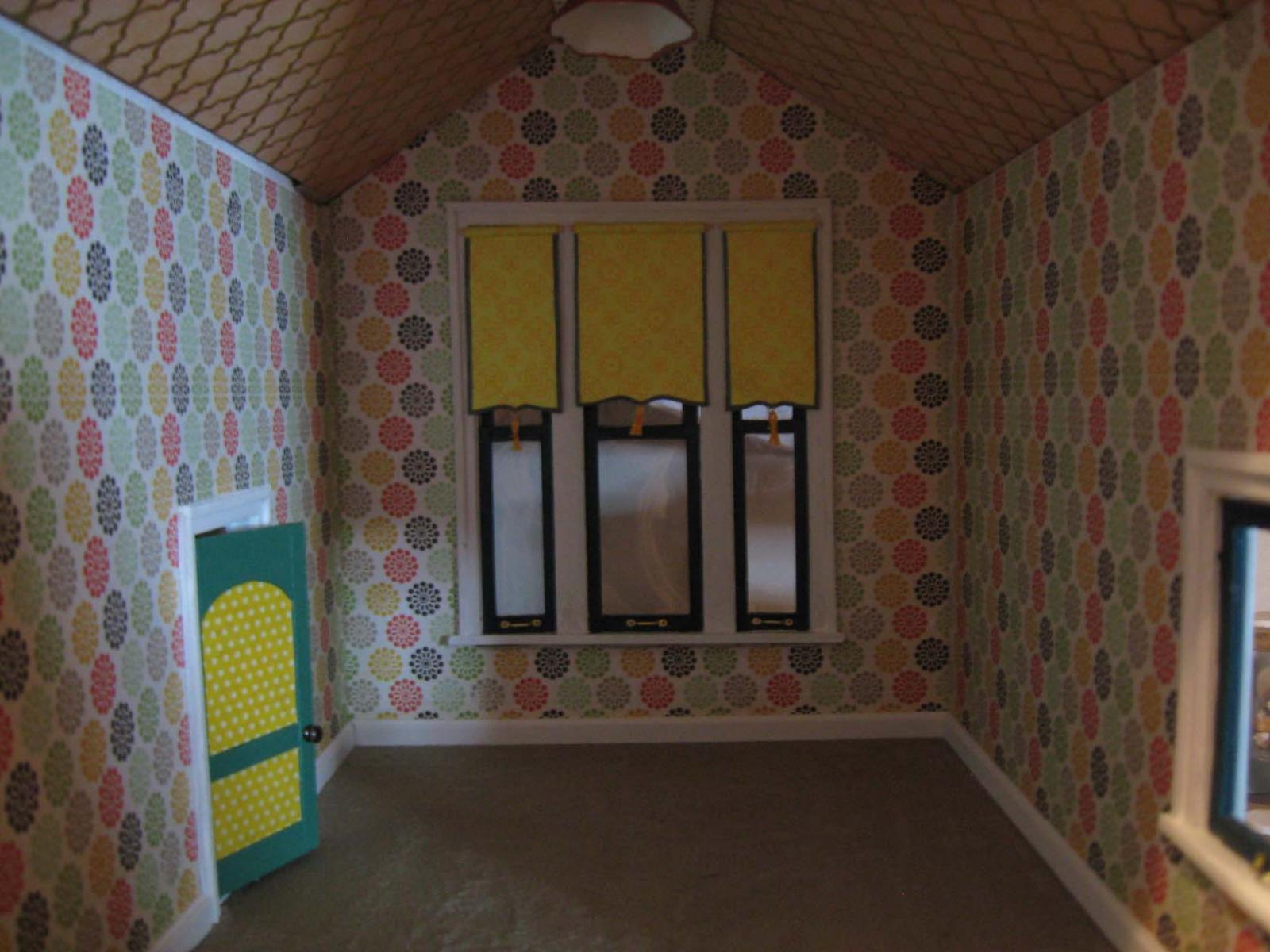 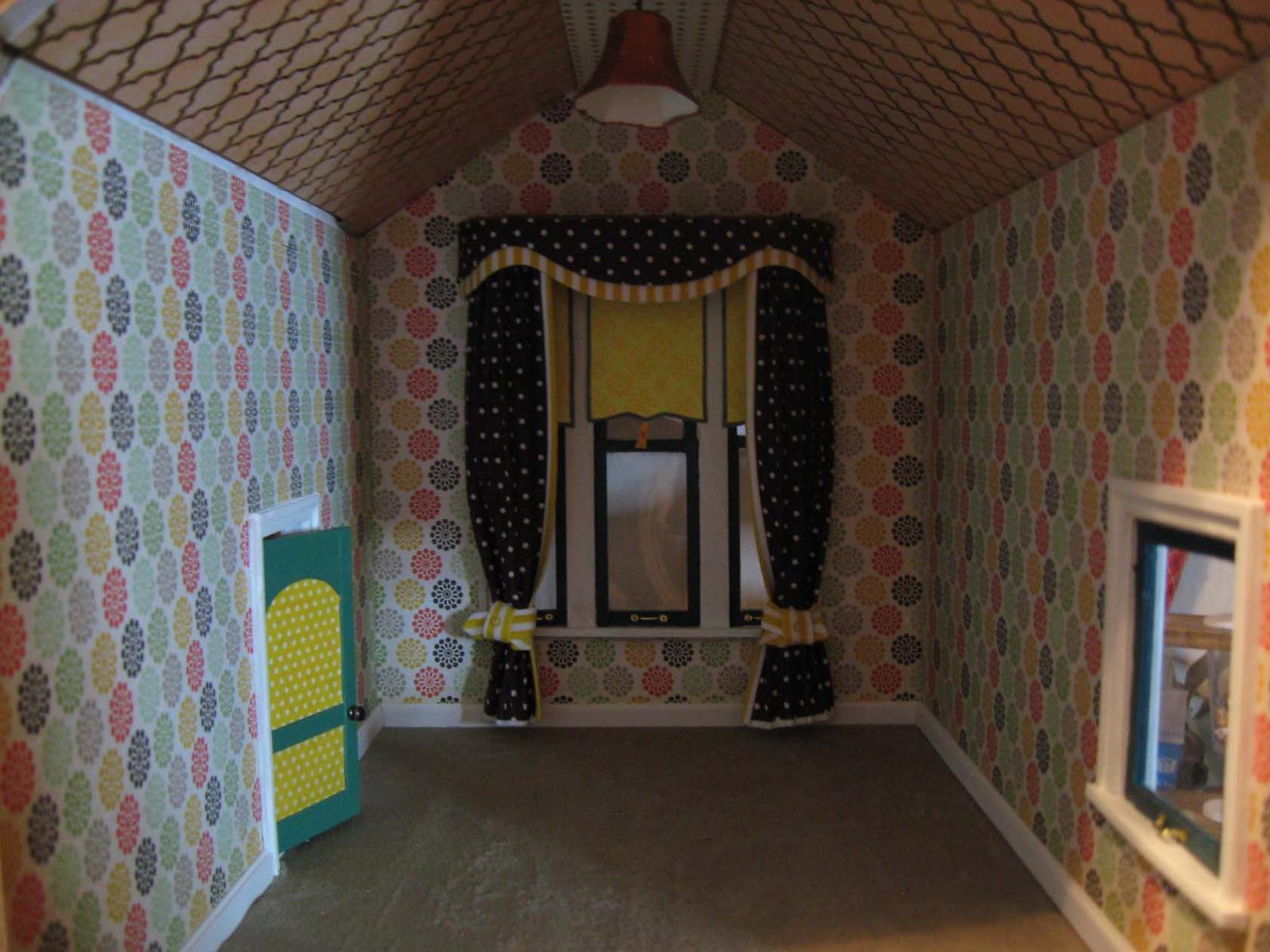 Got the side shelves installed, though didn't push the left one in far enough and almost had a small disaster

! (Caught it before the glue had set too much.) 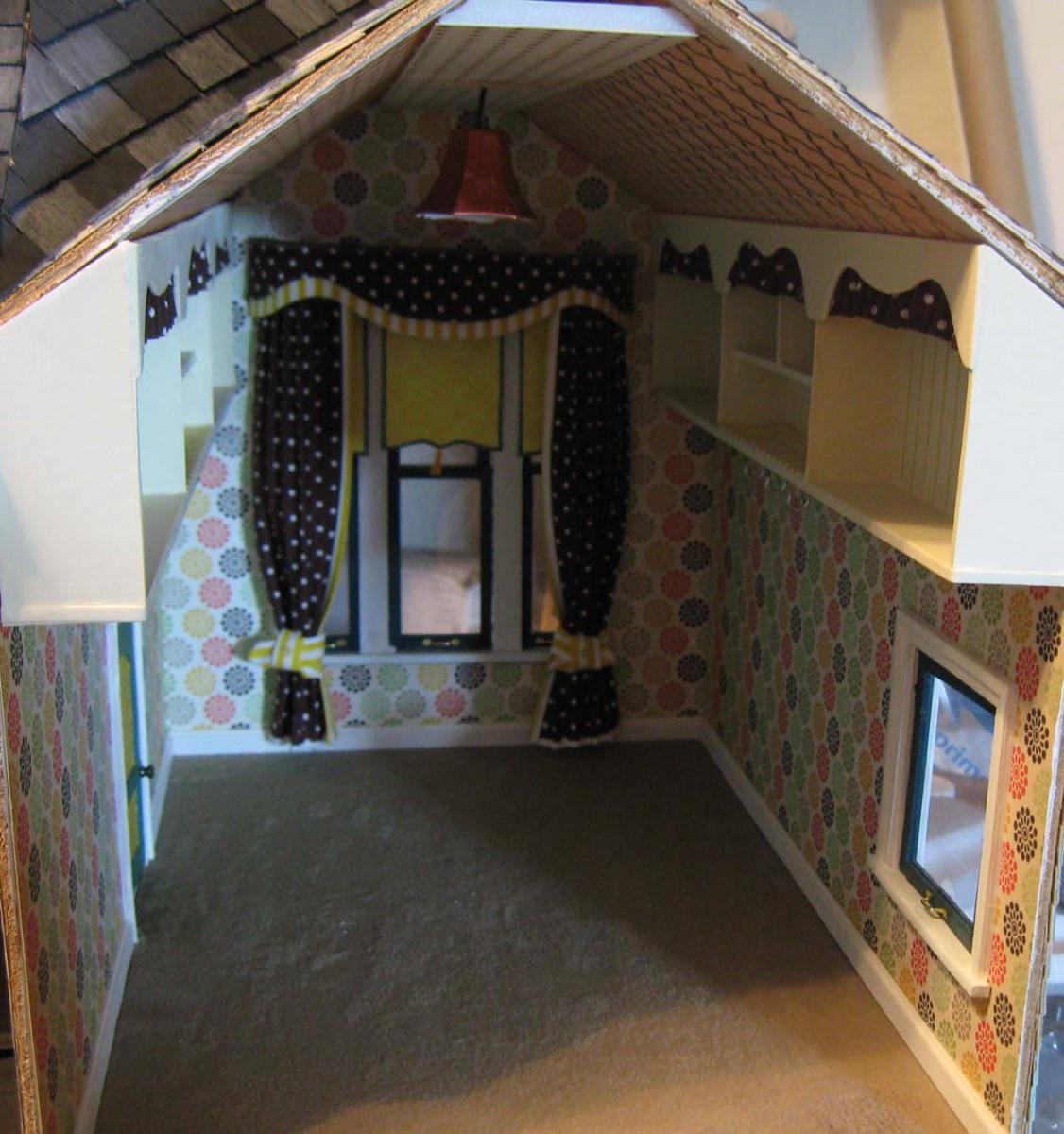 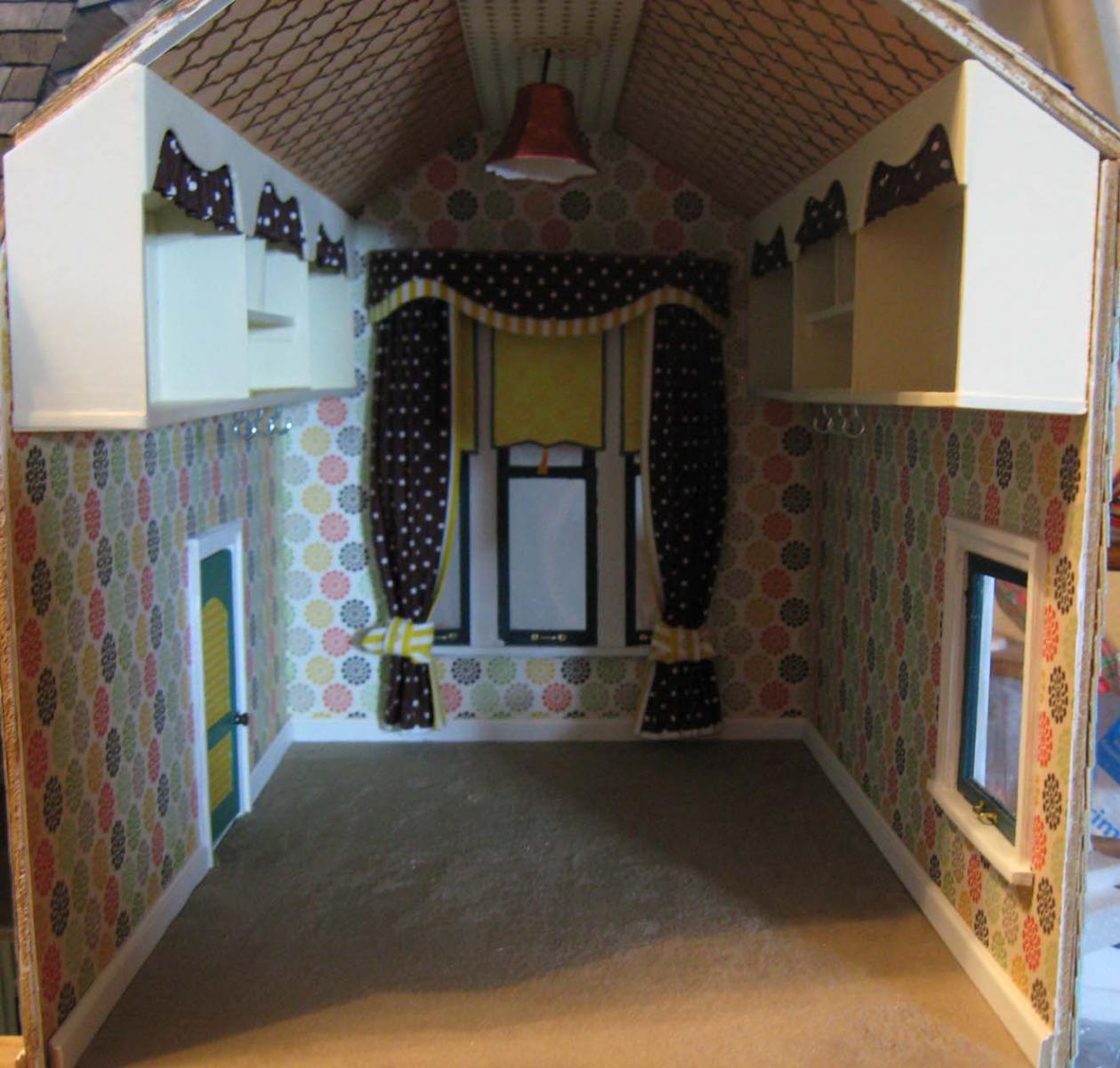